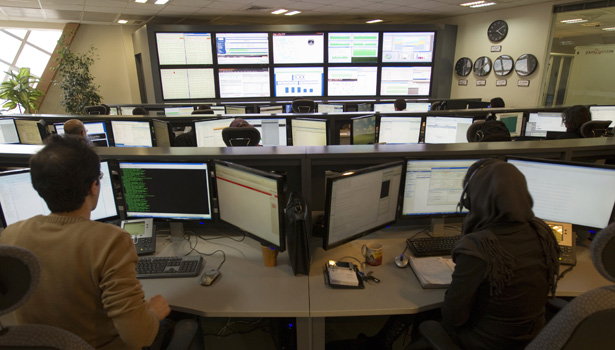 Iran appears to be taking measures to tighten online censorship ahead of its presidential vote. In recent days, a long list of online activities has been designated as criminal, including calling for an election boycott, organizing sit-ins or protests, and insulting presidential candidates.

Simultaneously, reports by Iran's Fars and ISNA news agencies say that linking to Facebook, Twitter, and other websites that are blocked in Iran, or even promoting blocked websites, has also become a crime.

Iran is already one of the world's harshest online censors. The regime bans tens of thousands of websites it considers immoral or a threat to national security, including news websites and social-media sites.

The new measures, if enforced, would put increased pressure on people who use the web or social media as platforms for online activism.

Last week, the U.S. government imposed sanctions that target FATA, Iran's cyberpolice, which was formed in 2009 and have hacked into e-mail accounts related to political action, deleted antigovernment blogs, and arrested bloggers.

Several activists and bloggers have been jailed in recent years for online activism, including for Facebook posts. In November, blogger Sattar Beheshti died in custody after being arrested by the cybercrimes unit.

The head of the Workgroup for the Determination of Criminal Content, Abdolsamad Khoramshahi, told Fars on February 11 that his group compiled the new list of Internet crimes at its February 6 meeting, which was attended by several officials, including the state prosecutor and two legislators.

Some of the crimes on the list are so vaguely worded -- "disturbing public opinion" and "giving a black picture and discussing subjects against the realities of Iran" -- that authorities will have wide latitude in determining if a crime has been committed.

Other new crimes include publishing and promoting news of an election boycott, the illegal use of government websites for campaigning purposes, publishing materials in cyberspace aimed at interfering in the election, and online campaigning before or after the official campaign date. One day after the list was issued, linking to and promoting blocked websites was also declared a crime.

The semiofficial ISNA news agency reported that a new offense was added to Article 21 of Iran's Computer Crimes Law. "Before, many of the country's websites, including some official sites and news agencies, had links to Facebook and Twitter," ISNA wrote. "Now, by adding a clause to the list of criminal content, the websites are required to remove those links." Fars confirmed the news and said websites and blogs that violate the new law will be held responsible.